Are you putting a dangerous driver behind the wheel? 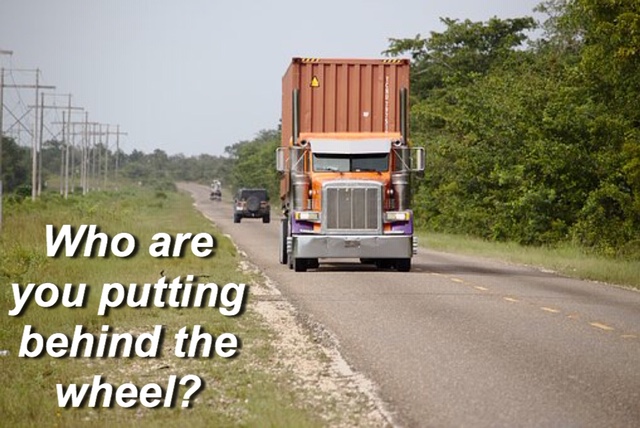 On November 16th, 2011, $7 million was paid to a family by an Arkansas federal court in compensation for an avoidable deadly car crash. The truck driver responsible for the tragedy was later exposed for having a history of poor driving, including license revoking. It was found that the company omitted the performance of a simple background screening; one that would have saved a life.

The lawyers reviewing the case recognized that the timber company failed to follow standard hiring procedure with a background search. The truck driver lied on his application and led his employer to believe he had a clean driving record. The incident took place nineteen days after being negligently hired. The US District Court for the Western District of Arkansas reached a verdict that held the company 75% liable and the driver 25% liable.

This case is just another example of negligent hiring resulting in an unfortunate situation. Hiring an employee without a background screening puts your company at risk of severe legal repercussions, and the endangerment of others. Due diligence is the care that a person practices to avoid harm to others on their property. As an employer, you will be held responsible for any detriment done in the workplace in the name of negligent hiring. Not only will this discredit your hiring abilities, but may damage your company reputation.

There is a reason why 96% of employers conduct at least one type of background screening before hiring an employee, and 68% search motor vehicle driving records. Days prior to the catastrophe, the timber company filed a motion seeking dismissal of the case. The company insisted that because they took responsibility of the driver, the victim’s family shouldn’t be able to claim negligent hiring and entrustment. The judge, however, rejected the motion to dismiss. The driver was allegedly overtired, unqualified, untrained, and should’ve never been put behind the wheel.

Do you really know who you are hiring? If you have drivers on the road and you are not doing a thorough driving background you are putting your company and others at risk. This company took someone’s word and it cost them dearly.